Gunungsitoli is the oldest and largest city in the Nias Islands. Gunungsitoli status was upgraded from a sub-district to an autonomous city, based on Law Number 47 of 2008. Based on historical records, Gunungsitoli or often called Luaha has been known and visited since the 18th century. The position of the city of Luaha is located at the mouth of the Nou river or the Gunungsitoli market today. At that time there were three dominant clans that inhabited the city, namely Harefa, Zebua, and Telaumbanua or better known as Sitölu Tua.

The name of Gunungsitoli are unknown exactly. But through references found from a book written by a pastor who founded the Nias Heritage Museum, mentioned the name Gunungsitoli were given by traders from Indochina on mainland Asia. Later, these traders would be called the ancestors of the Nias. Referring literally, clearly the word Gunungsitoli comes from the word Gunung and the word Sitoli. Gunung means high land (hilly) and Sitoli is derived from the name of a person who lives on a hill near the hospital (the current Onozitoli area). 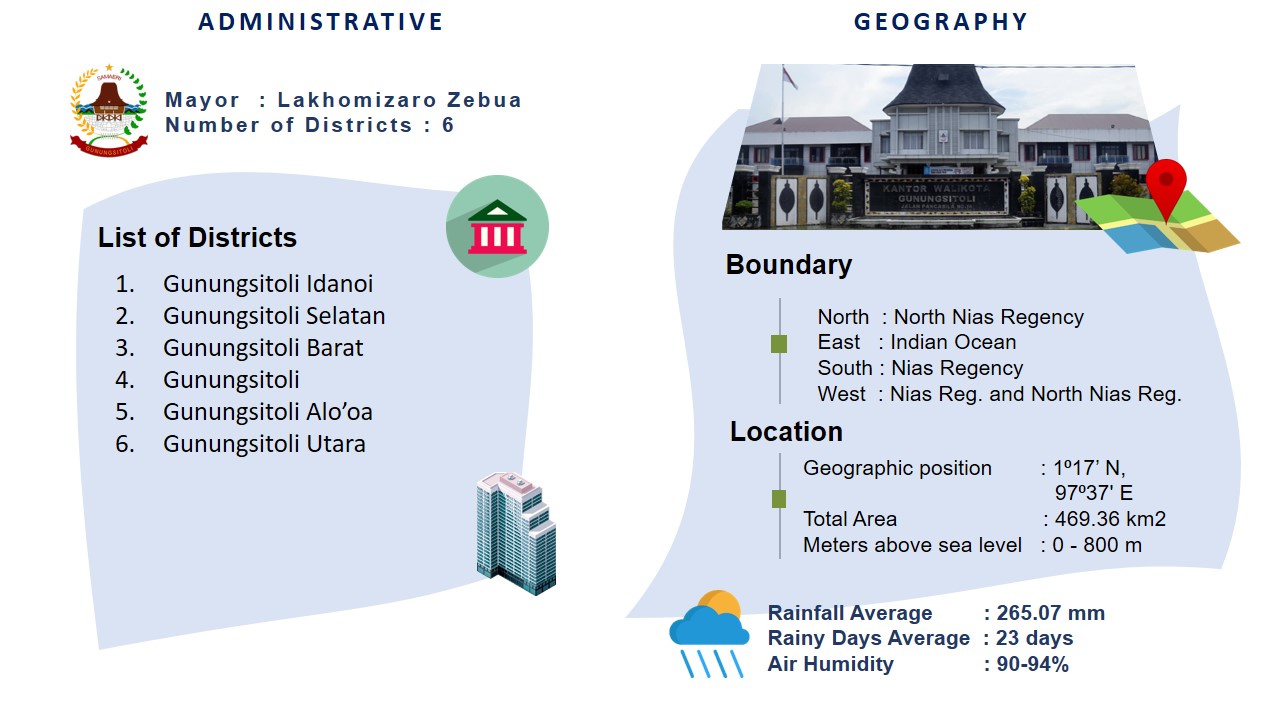 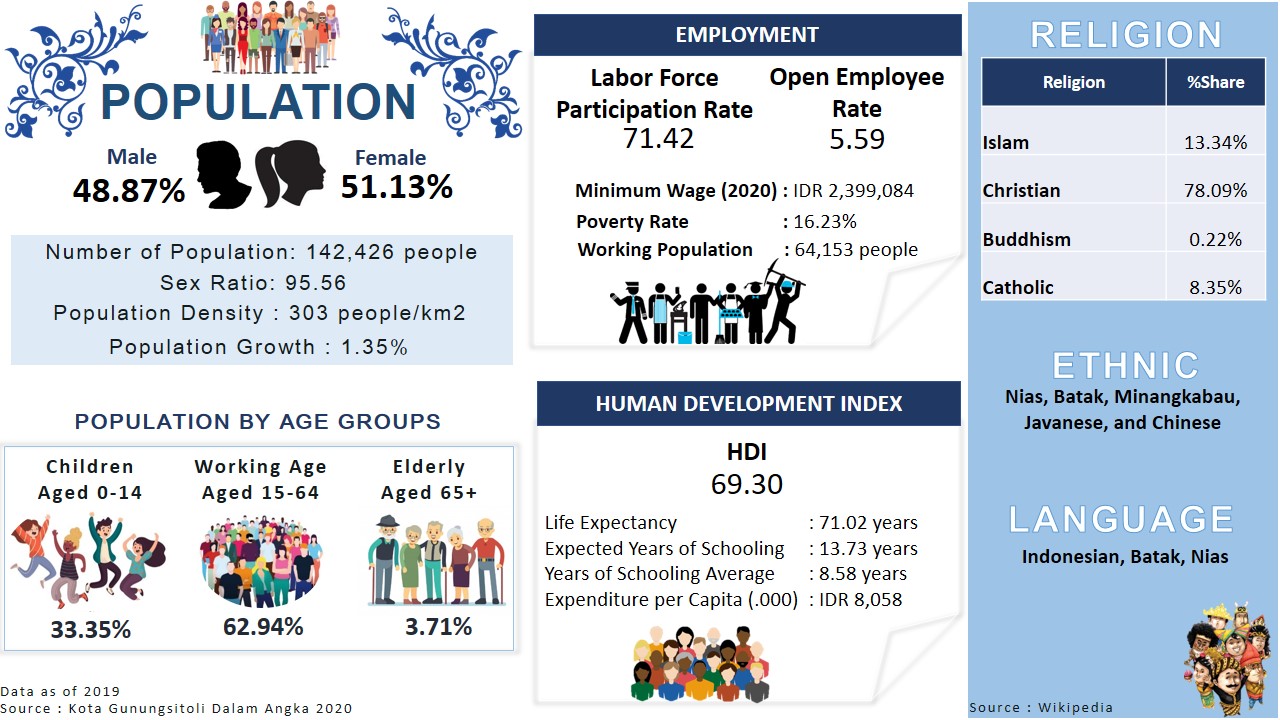 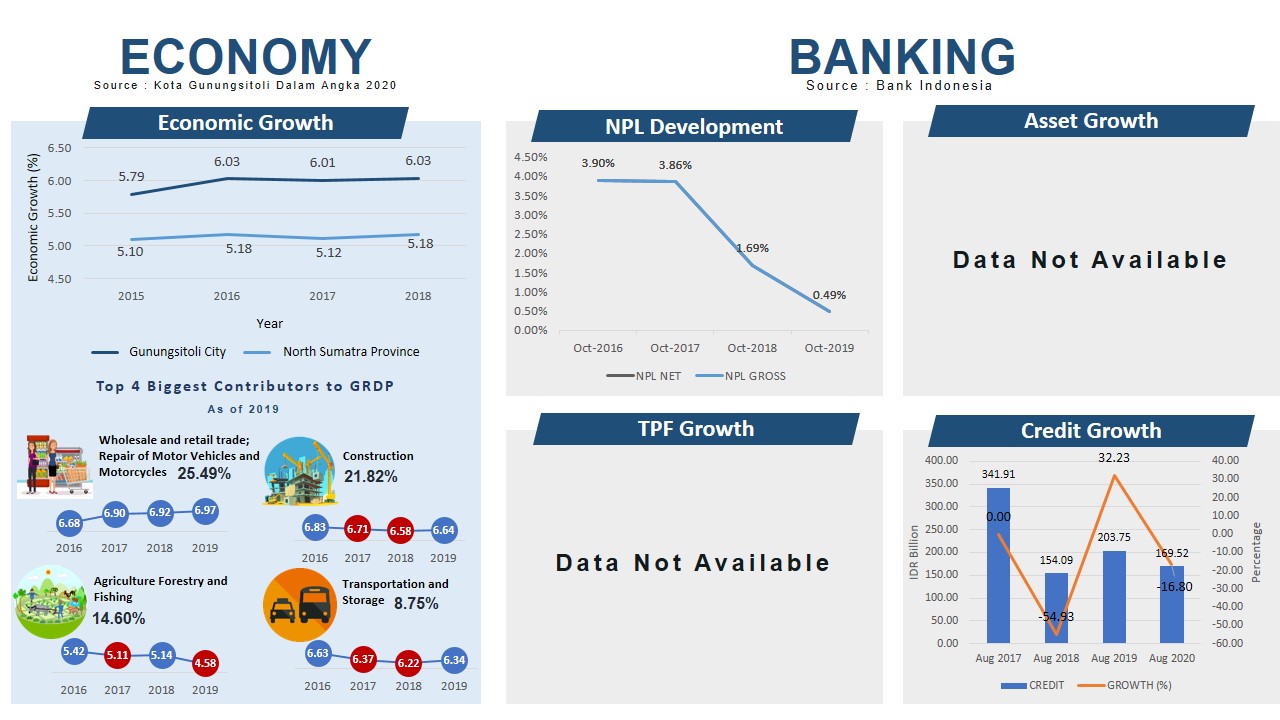 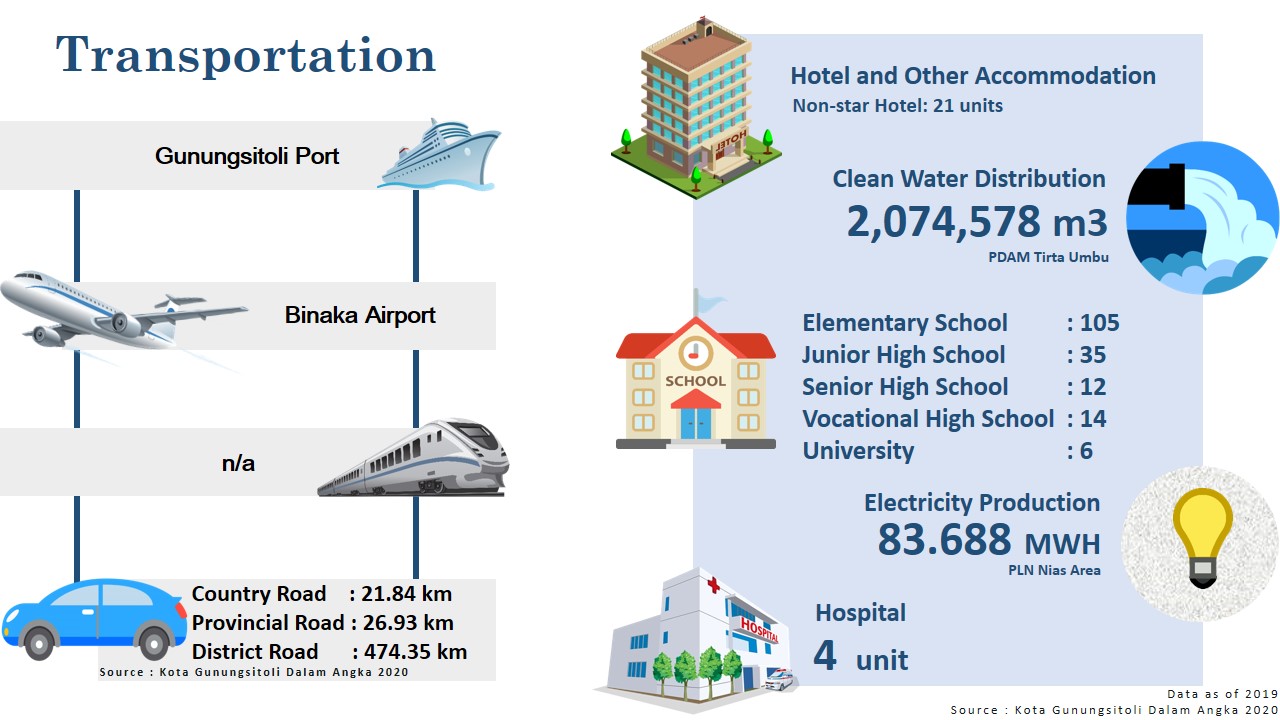 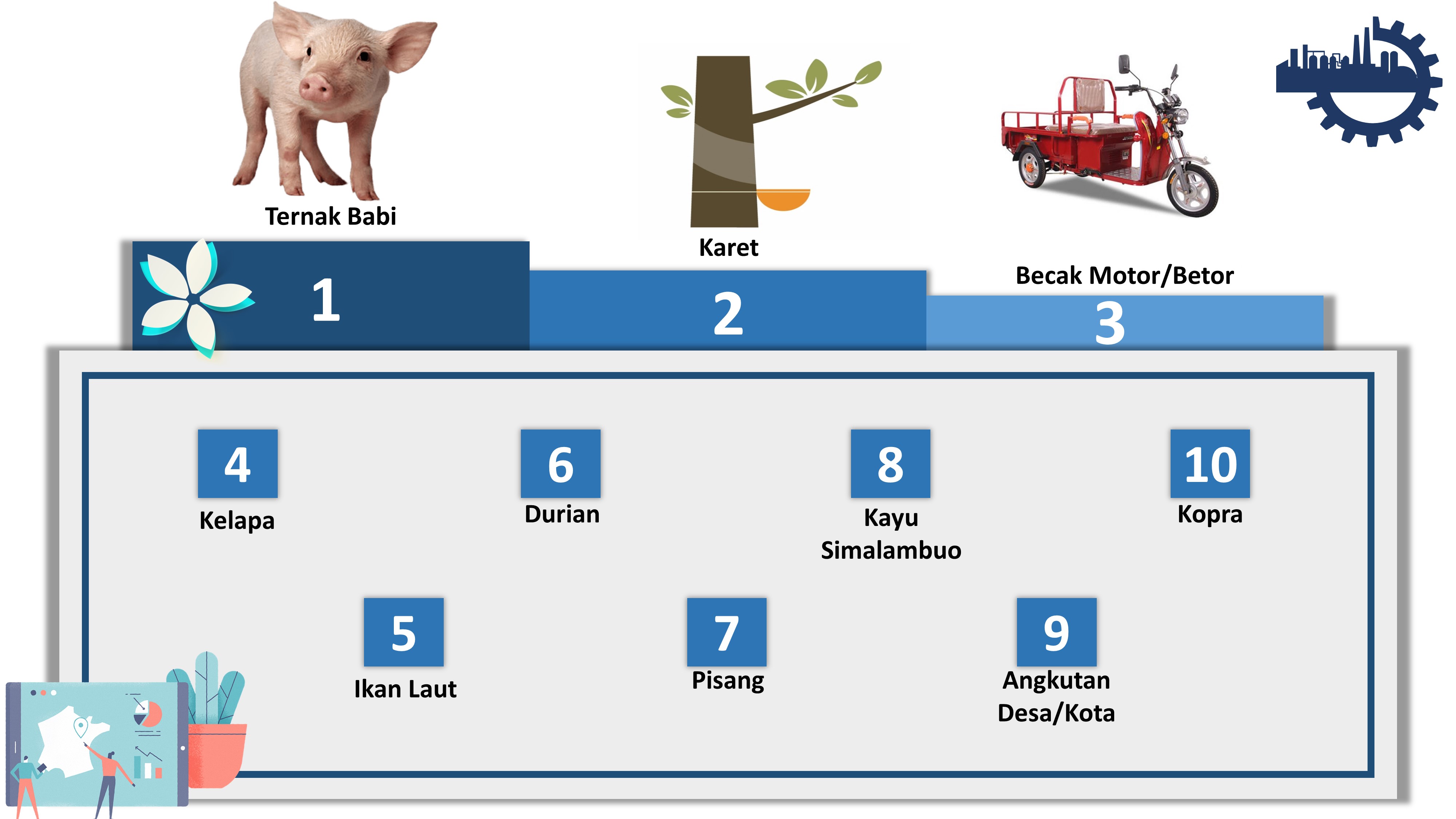