Medan began with a village founded by Guru Patimpus at the Deli River and Babura River. The anniversary of Medan was designed on July 1, 1590. Furthermore, in 1632, Medan was made as the center of government of the Sultanate of Deli, a Malay Kingdom. Europeans began to discover Medan since the arrival of John Anderson from England in 1823. Civilization in Medan continued to develop until the Dutch East Indies Government granted the status of the city and made it the seat of government in the East Sumatra Residency. Entering the 20th century, Medan became an important city outside Java, particularly after the colonial government opened a large plantation company in it.

According to Bappenas, Medan is one of the four main growth centers in Indonesia, along with Jakarta, Surabaya and Makassar. Medan is a multi-ethnic city where the population consists from different culture and religion background. Medan is dominated by Javanese, Malay, Bataknese, Karo, Mandailing, Chinese and Indian ethnics. The majority of the people work in the trade sector, so there are many shophouses found in various corners. In addition, to provincial government offices there are also exist consular from various countries such as from the United States, Japan, Malaysia, Germany, China, Singapore and India. 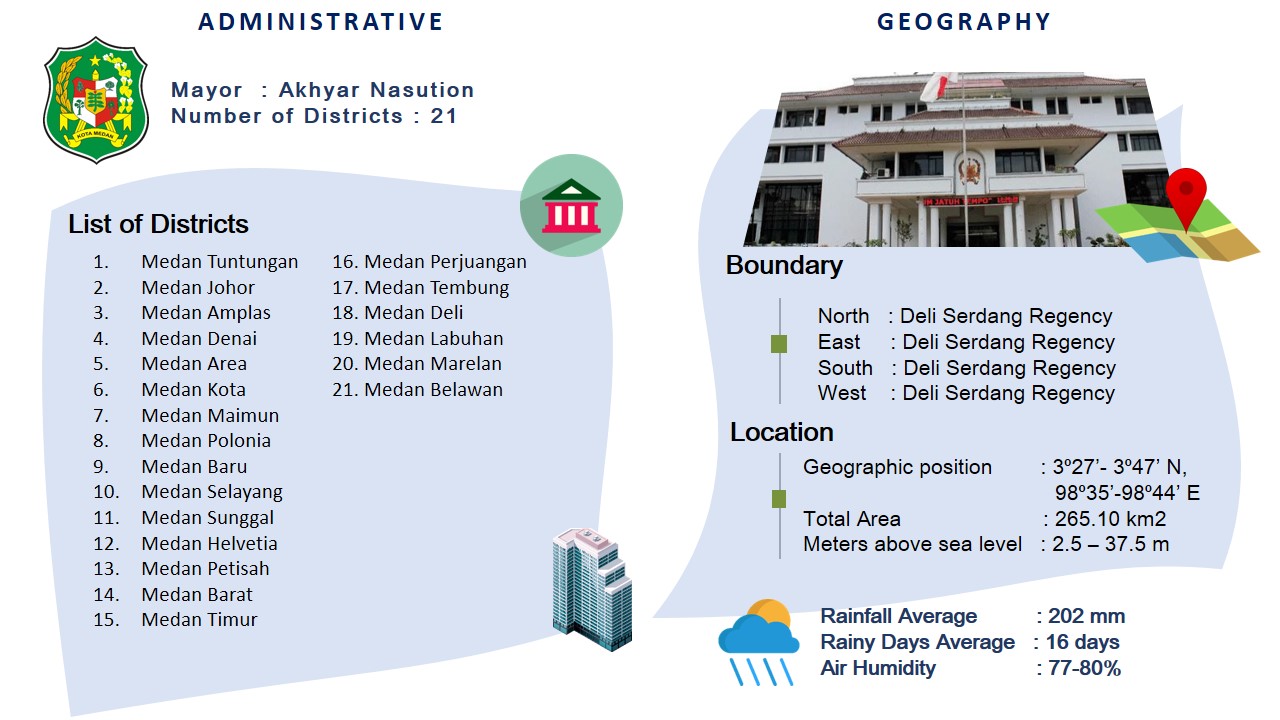 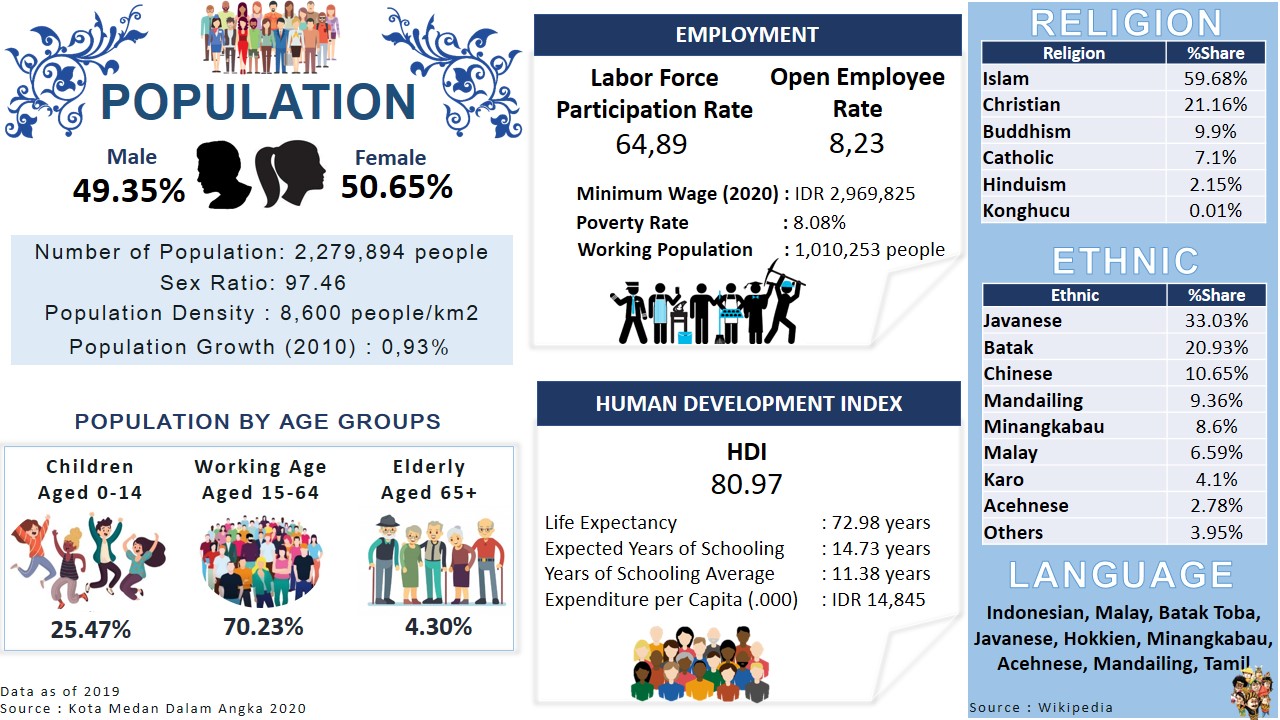 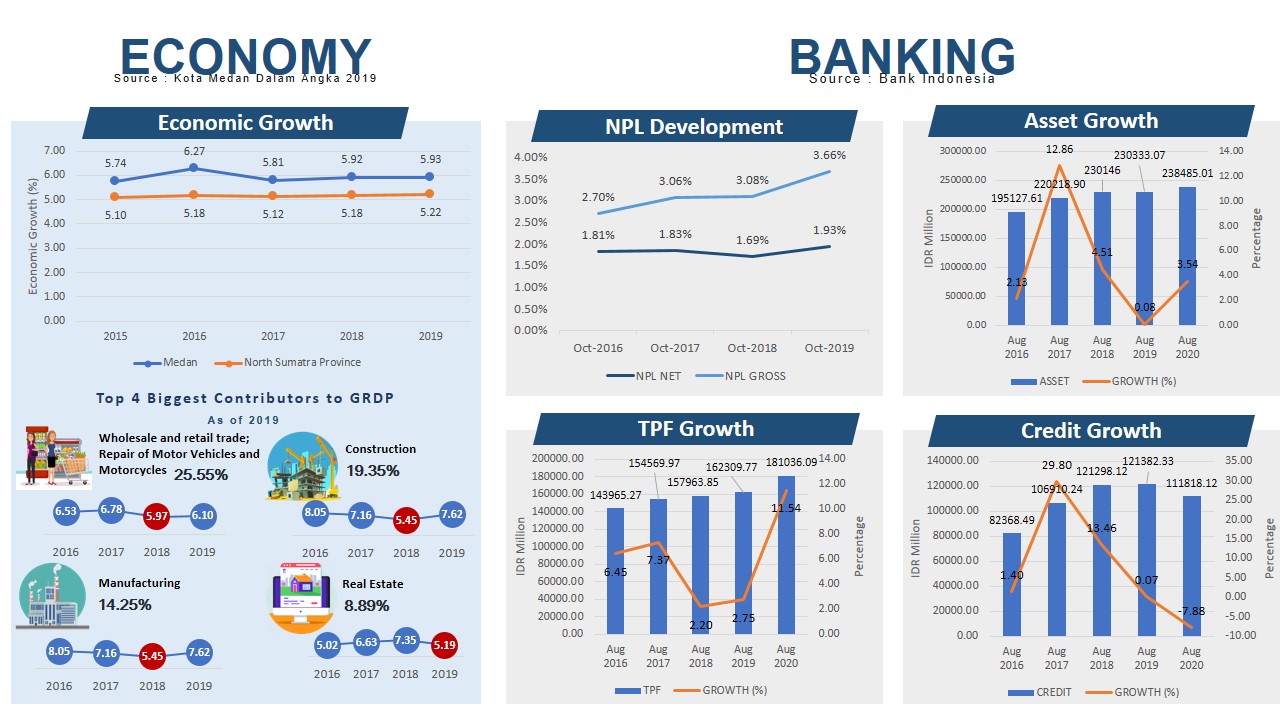 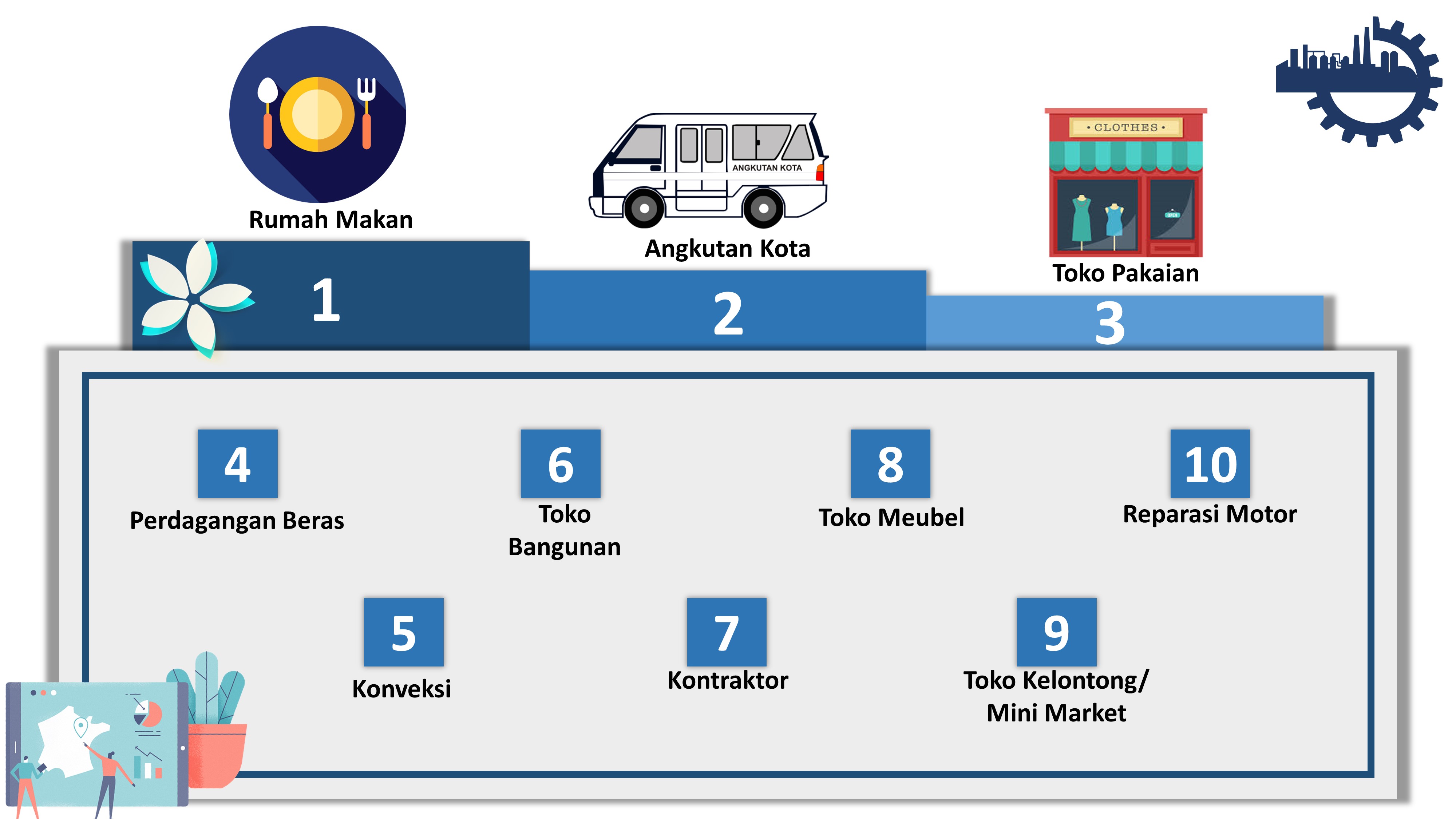