South Tapanuli Regency is a regency in North Sumatra with the capital city is Sipirok. This regency was originally a very large and Padangsidimpuan was the capital city at that time. There are several states that have separated from South Tapanuli Regency were Mandailing Natal, Padangsidimpuan municipality, North Padang Lawas and South Padang Lawas. After the division, the capital moved to Sipirok. In this regency there are a few destination such as Lake Marsabut and Lake Siais. The language used by the people is the Angkola Batak language. The majority religion is dominated by Islam. An airport is located in Aek Godang District. The regency's slogan is Sahata Saoloan (Angkola Language), which means consentaneous. 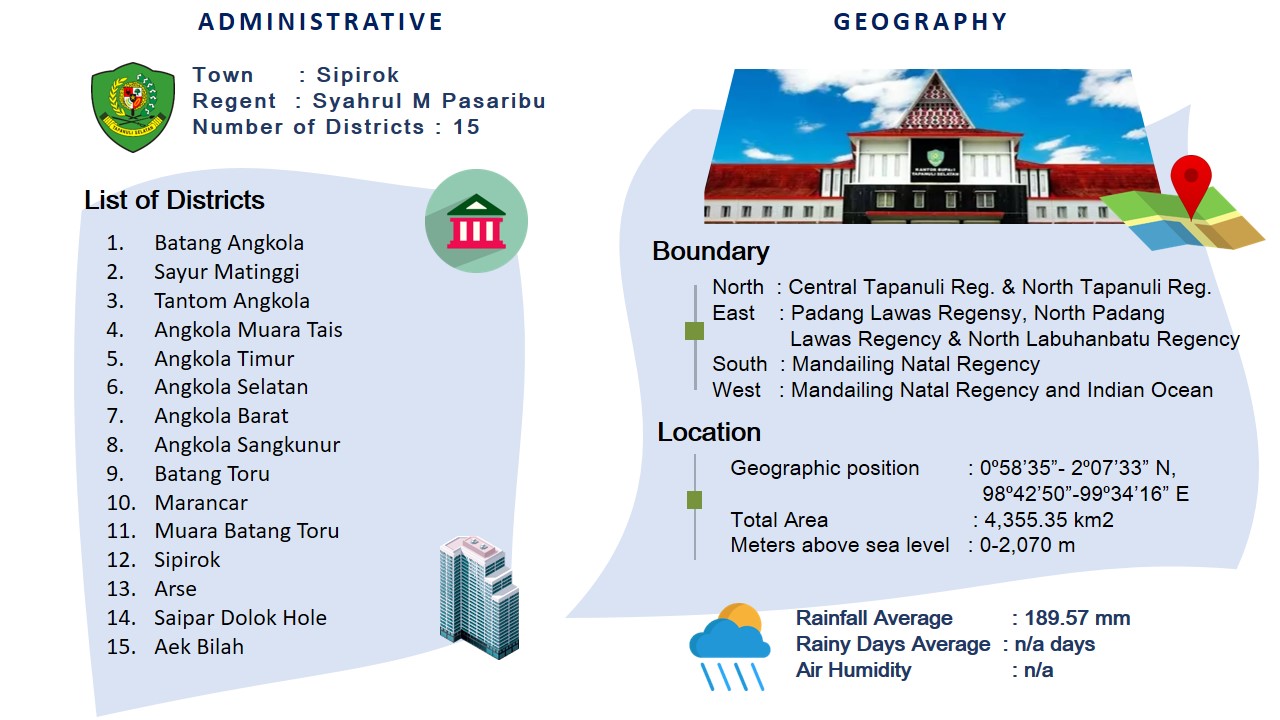 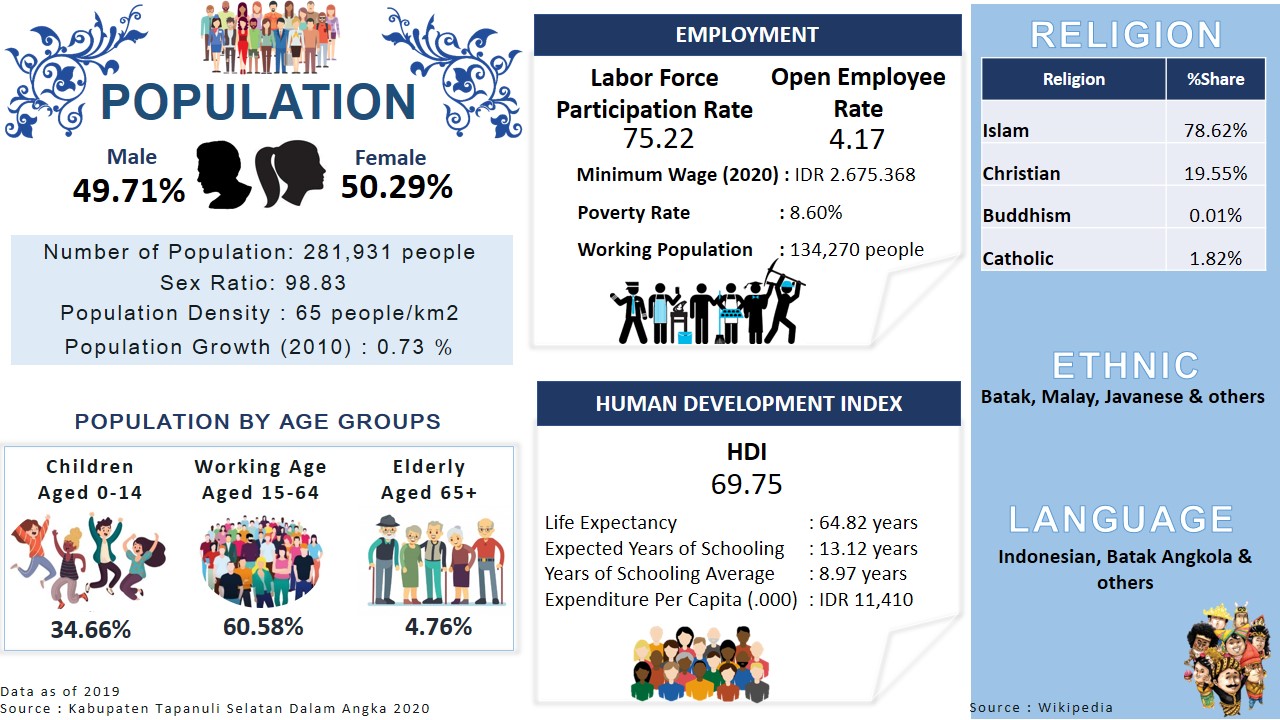 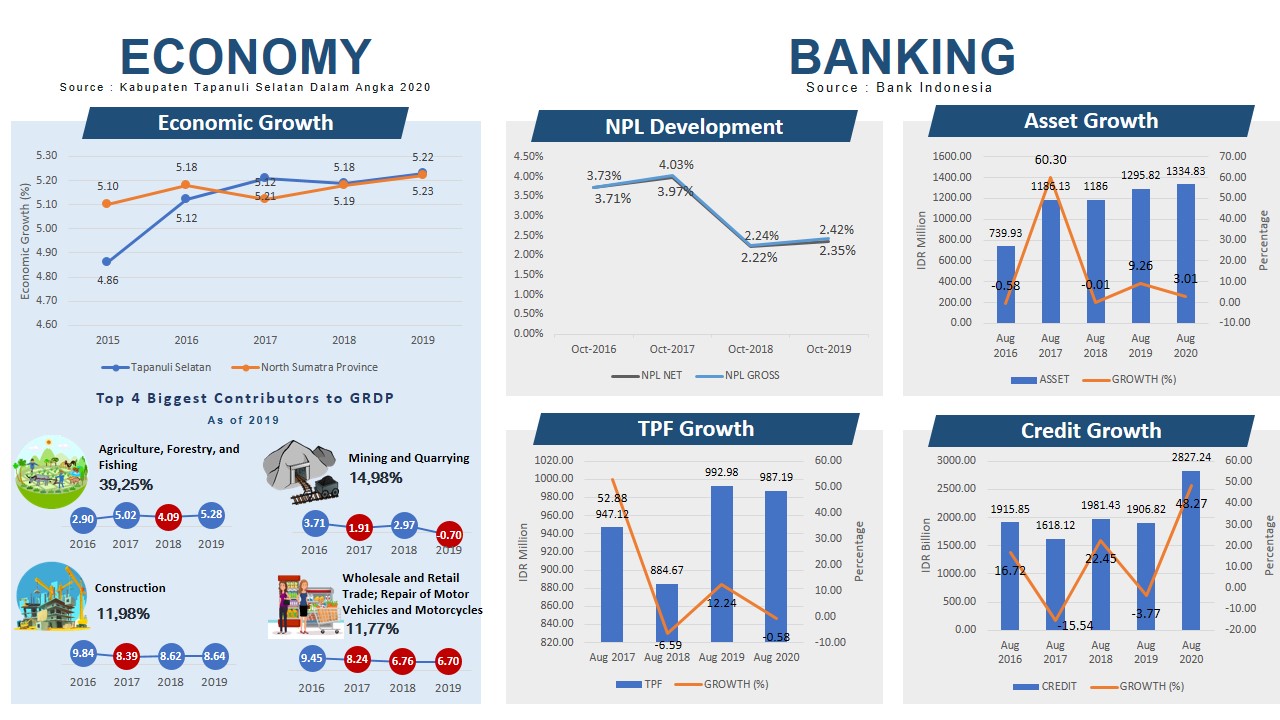 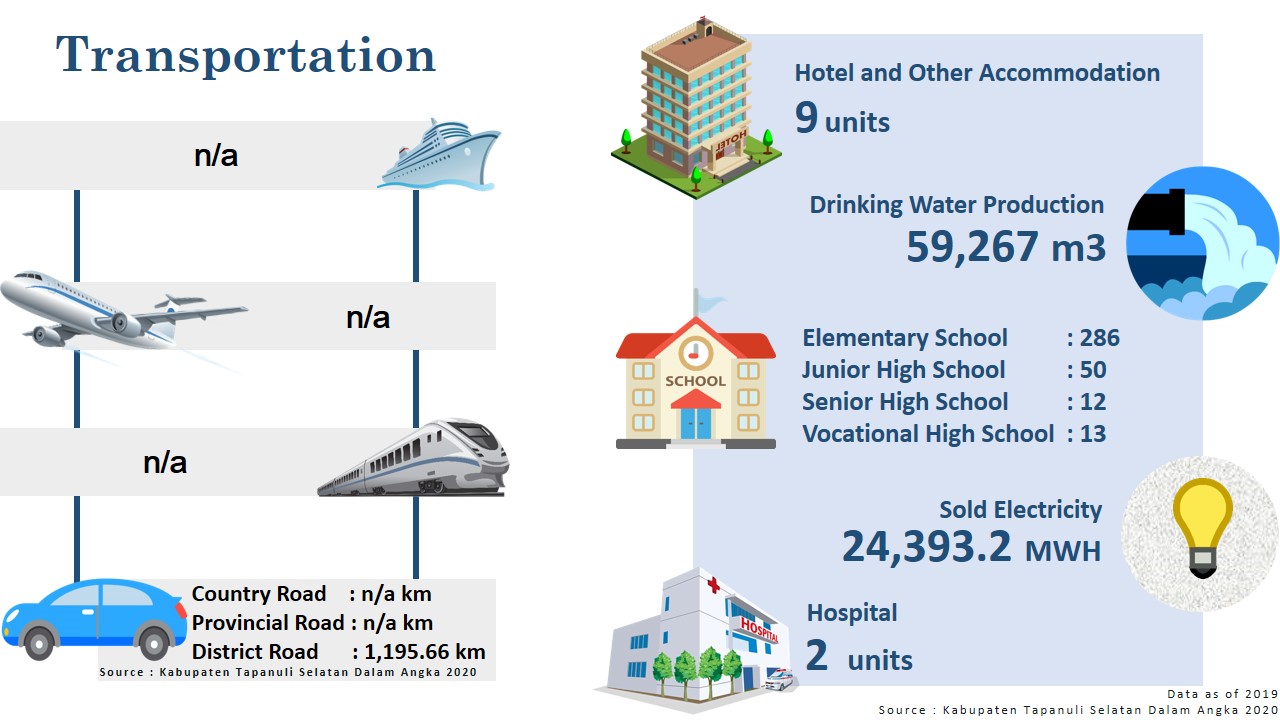 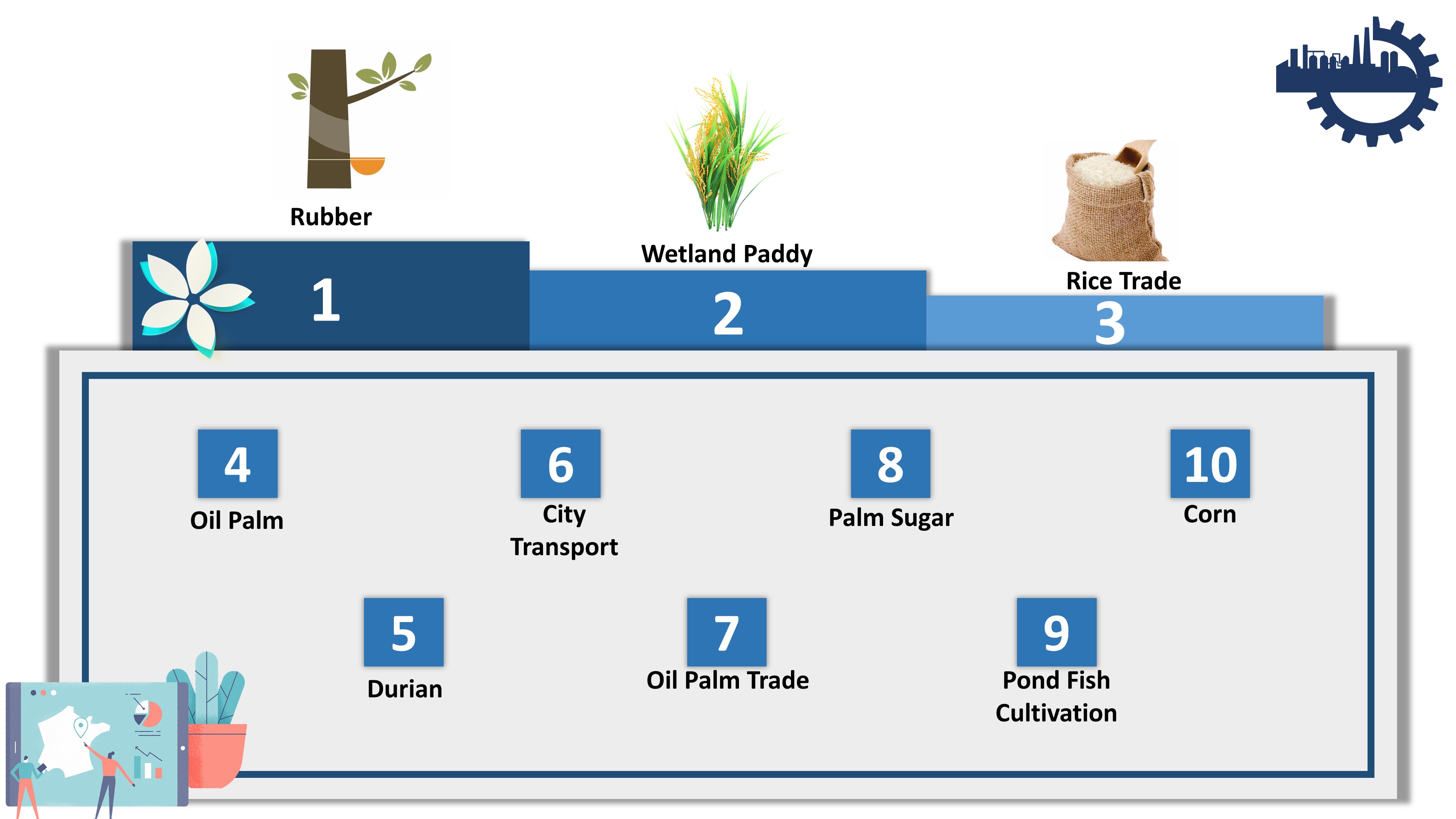