After the Proclamation of the Republic of Indonesia, the enforcement of the government affairs in the regions, Central Tapanuli remained within the framework of the state in the Republic of Indonesia. On August 24, 1945 the Resident of Tapanuli appointed Z.A. Glr Sutan Komala Pontas as the Regent of Sibolga Regency, then as Demang and in charge for running the government in Central Tapanuli.

The Governor of Tapanuli in East Sumatra by Decree No. 1 of 1946 appointed and confirmed Z.A. Glr Sutan Komala Pontas as Regent of Luhak Central Tapanuli. In accordance with the decision of the Governor of East Sumatra dated May 17, 1946, Sibolga was made an Administrative City led by a Mayor and at that time the Regent of Sibolga Regency (Central Tapanuli), namely Z.A. Glr Sutan Komala Pontas. The area of ​​the Sibolga Administrative City was determined by the Decree of the Resident Number 999 of 1946. In 1946 a regency was formed in Central Tapanuli to replace the Onder Government system of the Afdeling during the Dutch administration. Central Tapanuli Regency as an Autonomous Region was affirmed by the Government through Law Number 7 of 1956 concerning the Establishment of Autonomous Regions within the North Sumatra Province. 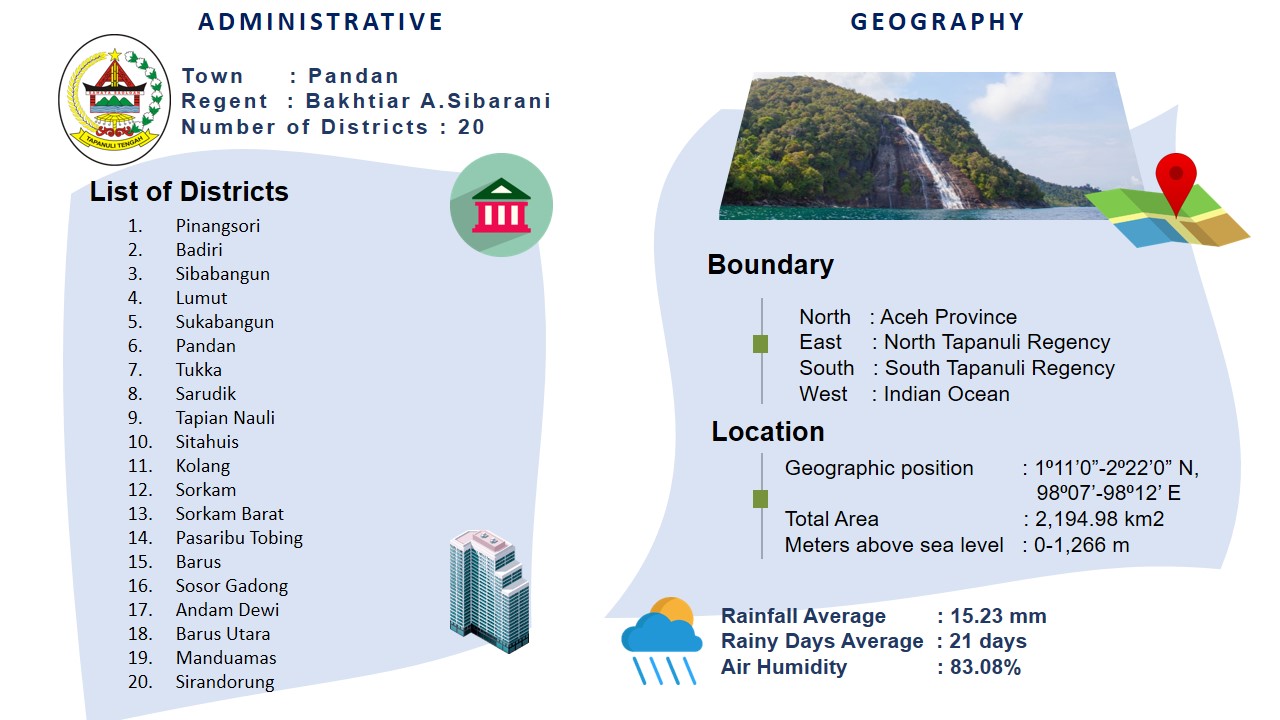